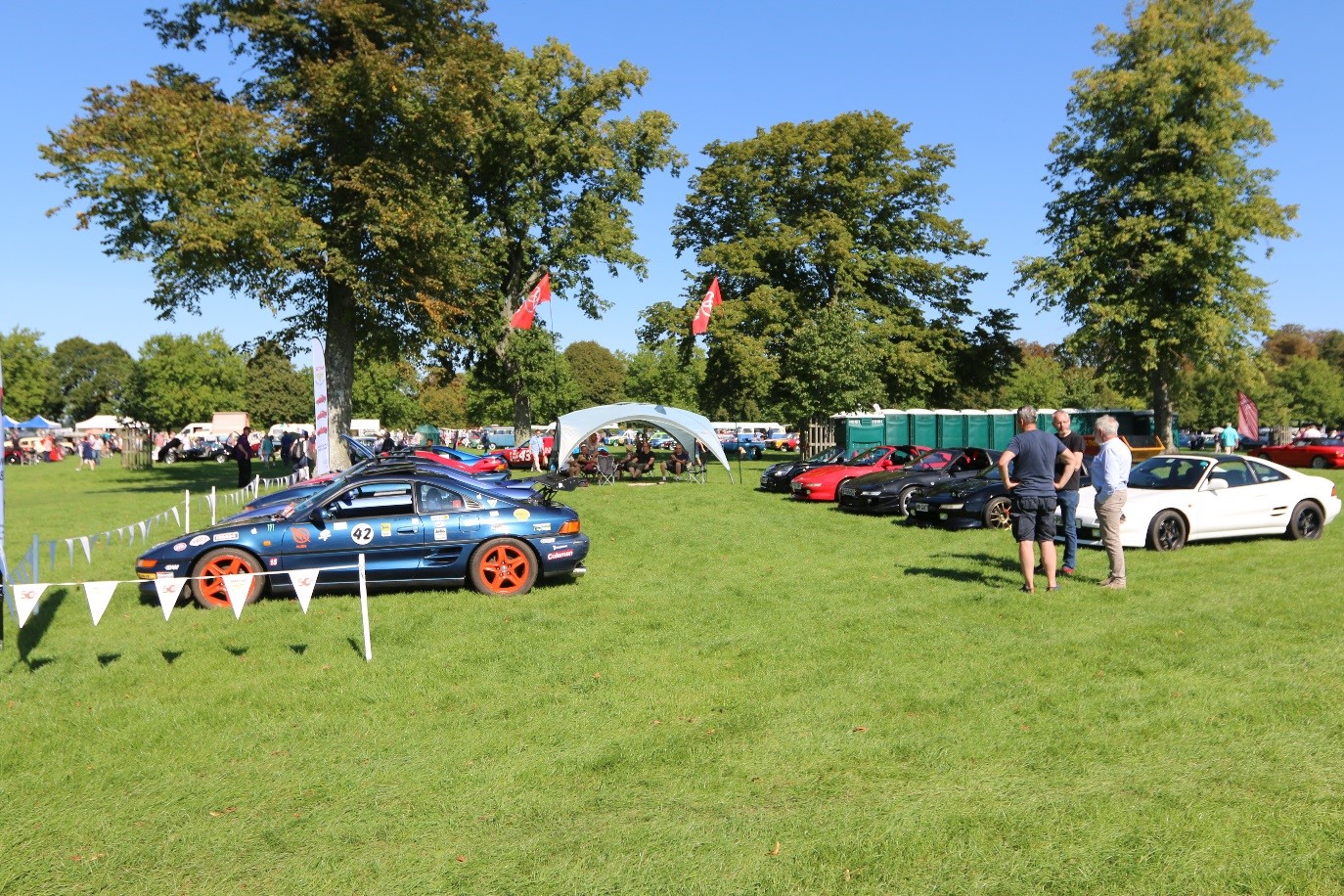 As many will remember, the last time the Club visited this show was in 2015 when the heavens opened all day on our inaugural National Day!   This year couldn’t have been more different, with temperatures in the high 20s.

10 cars arrived at Blenheim to display, again with new faces joining us for the first time.  Chris Wood impressed by arriving with a Regency style dining chair strapped to the engine cover and rear spoiler of his MR2, which was duly given centre stage in the Club event shelter. 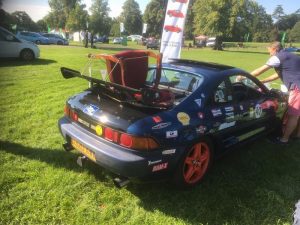 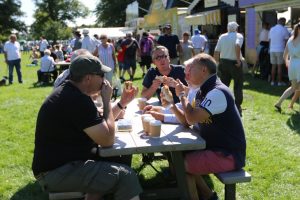 We also welcomed some new faces in the form of Richard and Grace Weaving, Nick Statham and Stephen Dewhurst. 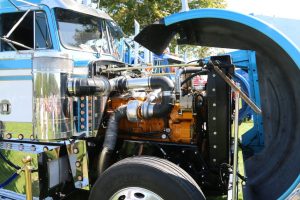 Within the show there were cars ranging from a 1904 Aston to brand new unregistered Teslas, so the full spectrum of automotive history was covered, along with 3 Peterbilt American trucks which were shining in the bright sunlight. 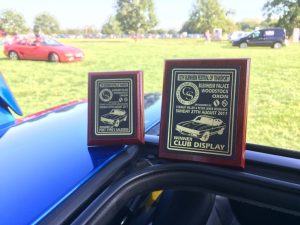 All in all this is a great show to visit, with the fantastic backdrop of Blenheim Palace as well.  To top off a great day with all that attended, the Club also won Best Club Display and Steve Tudor won runner up in the 1990’s car class in his Tenth Anniversary, the winner being a nut and bolt restored TVR Chimera.