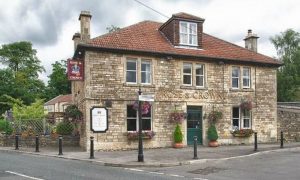 Geoff Sutton, one of our members who is also a member of Bath Motor Club, organized a “Mendip Meander” Treasure Hunt on Sunday 21 May and both Clubs were invited to participate.

We met at The Rose and Crown at Hinton Charterhouse, where Geoff gave us our “packs” containing the route, which was described by tulip signs at road junctions, together with clues we had to interpret throughout the drive.  The paperwork he gave us was very well set out and organised.  One thing that threw us was the spot heights towards the end of the drive, so unfortunately we skipped this which didn’t do our final score much good!

It was a 20-25 mile drive through delightful countryside taking in many interesting places.  Most of the roads were very narrow, so caution was taken.

The drive ended at The Barge at Seend Cleeve, a very pretty pub by the canal where we had supper, discussed the drive and debated some of the answers to the treasure hunt.  A very enjoyable afternoon was spent by all who attended and we hope to see Steve and Cathy (new MR2 members from Kilve) at future meetings.

Thanks must go to Geoff and his wife Pat for organizing such a great event. 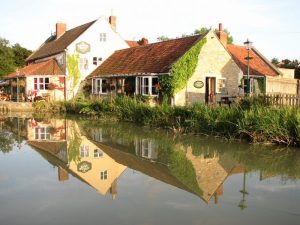