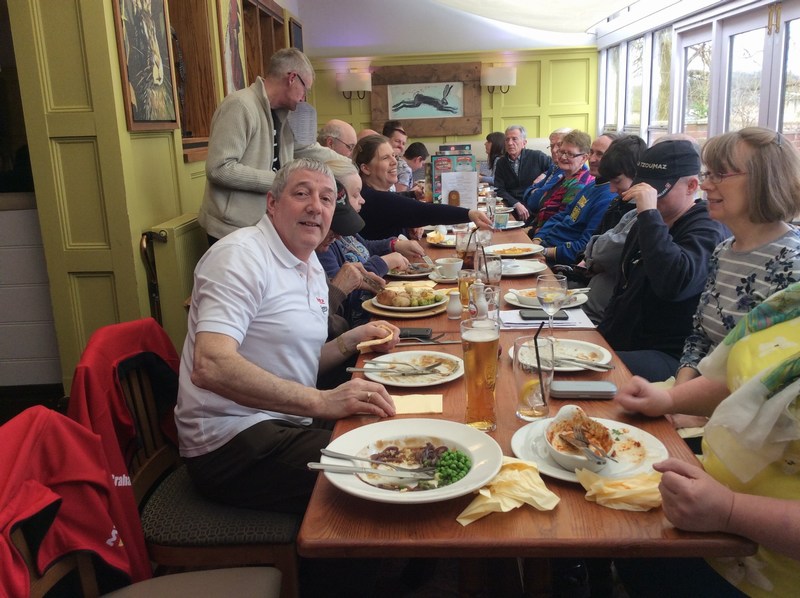 It was a sunny but chilly Easter Sunday and as we gathered on the car park of the Riverside Inn at Acton Bridge near Warrington.  We shivered as we chatted prior to the doors opening.

The Riverside is such a popular place to eat, so a large queue began to form outside as 12.00 noon approached.  We had booked the smaller of their two conservatories, which just fitted our number of 22.  It was good to have this area, as there is always a lot of noisy banter and movement around the table as we swap seats to chat to one another.

The time flew by and before we knew it it was time to leave.

Once again we have been well supported over the winter months and as this was the last Sunday lunch before the show season begins there was plenty of discussion taking place as to which shows we were all intending to take part in.

We said our farewells and look forward to meeting up again soon over the coming months.

Thank you to everyone. 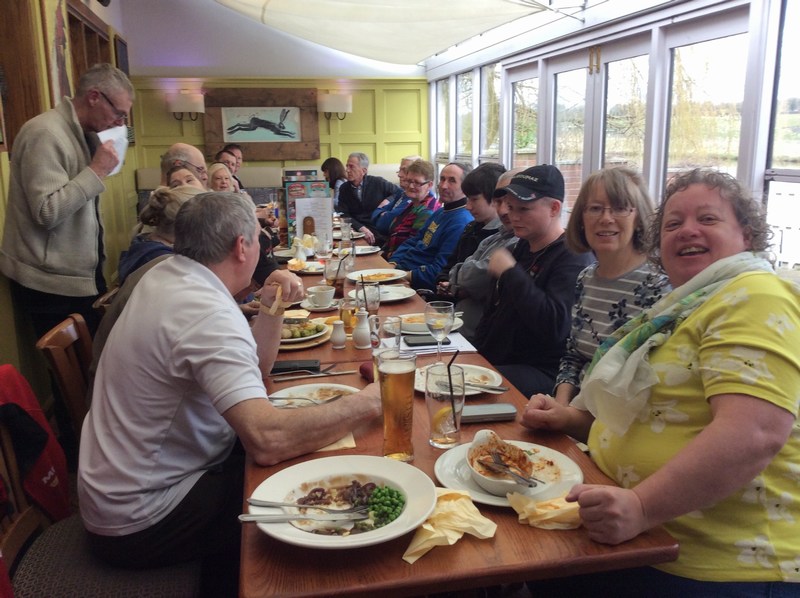