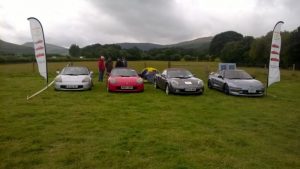 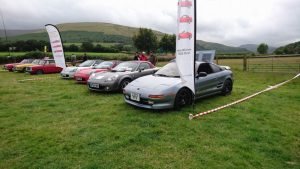 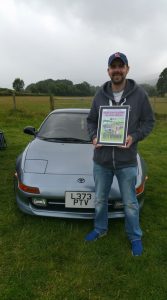 On Sunday 6th August, Ken & Dorothy, Chris & Gerrie and Steve & I braved the Welsh weather to join Graeme and Sam Notely at the Brecon Car Show.  This was at a different venue from our last visit, but we had a beautiful backdrop of the black mountains which would appear and then disappear under mist clouds.

It was not a large show, but there were some interesting vehicles to be seen.  Despite there only being 4 cars on our stand, we received a lot of interest.  We are proud to say that Sam won the ‘Best Japanese Car of the Show’ award!

The drive there and back took us through some beautiful Welsh countryside.  Worth another visit, if only for the views. 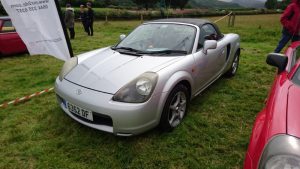 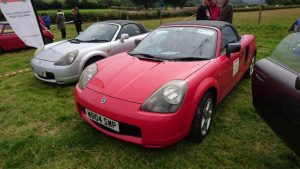 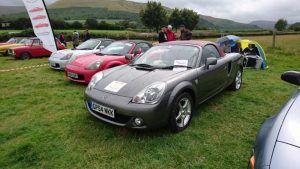