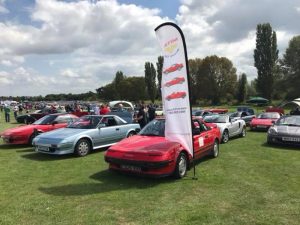 This was the first time we had visited this show and we were very impressed with it!  We will certainly add it to our list of venues for next year.  We had a fabulous turn-out, meeting old friends and making some new ones.

There were over 700 cars and 200 motorcycles for us to enjoy looking at, auto jumble stalls for the enthusiasts to mooch through, craft and food stalls for anyone who loved shopping, and live period music from the Haywood Sisters.  Proceeds were going to the Air Ambulance charity. 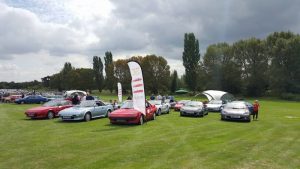 We were very fortunate with our spot, and managed to secure a large area for all our cars.  We hadn’t realised it when we got there, but we were next to the allocated spot for the air ambulance!  This did take off during the day, obviously needed by someone, which proves that it is a very worthwhile service to support.  It did, however,  put us in line for lots of interest from passers-by with the possibility of some new members.

As this was the last show that we have organised for our Region, although we are joining the South West Region in September for their visit to Tetbury, we decided that we should go out in style by celebrating the 50th Wedding Anniversary of Grace and Bryan Elliott, Grace’s 80th birthday and Colin Male’s 70th birthday.  Thank you to everyone who brought food for us to share for lunch – it was delicious.  As usual at these sort of events, we had far too much food and delighted and amused some other drivers when we handed out plates of sandwiches as they drove past us on their way out!  The musical birthday candle was still singing happy birthday wishes when Eileen and Colin left us. 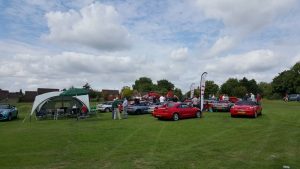 Alongside members Ken & Dorothy, Ryan & Jen, Lynn & Tony, Joy & Alan, Richard & Sue, Tim & Ben, Alan & Marion, Amy, Steve & I  and of course Grace & Bryan from our Region, we also met with members from the South West Region: Eileen & Colin, Frank, Jill & John, Hazel & Les, Rita & Jeremy , Jill & Alan and last but not least Graeme and Sam from Wales.  Apologies if I have left anyone out! 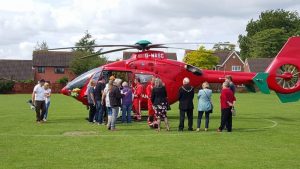 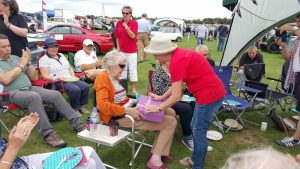 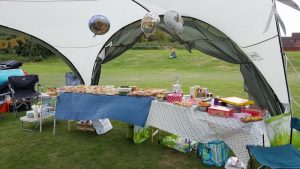